Speaking at TEDx Zagreb in a few hours…

Here’s the rather random backstory about how I found myself in Croatia preparing to speak on “business networking.” 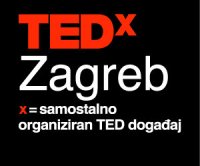 Eighteen months ago, Ryan Stephens graciously asked me to do a guest post on his blog about my approach to networking. I don’t pretend that I’m an amazing networker who can solve all your problems. Generally I’m upfront with people that, “I can’t solve your problems, but I might know someone who can help you.” 😉

A number of people tweeted the post, and I received some attention for it. However, I was completely shocked when few weeks later, I received an e-mail from Nenad Maljkovic, saying that he saw a tweet linking to my blog post, and liked it… and would I be interested in speaking in Zagreb at TEDx?

Not every day you get invited half way around the world to speak based on a random guest post on a friend’s blog.

Thx Ryan, Nenad, Zjelko, and my other hosts here–I have truly appreciated your hospitality.

It is a bit of a dream come true to give a TED talk, as two years ago I titled an intern application “Next Life Goal: Speak at TED”.